Extraordinary Tour – The Piano Traveler in the Teatrelli Hall 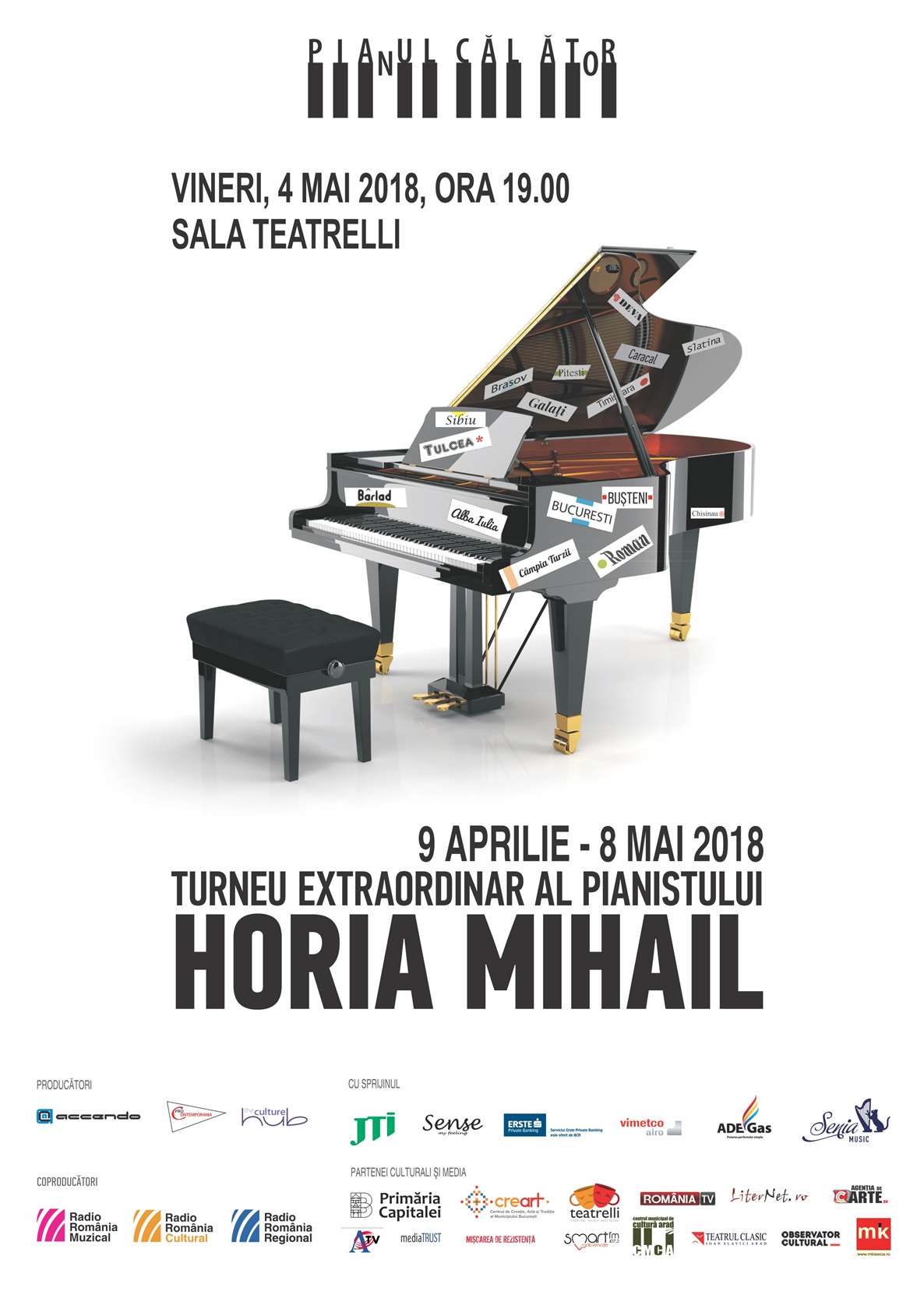 The City Hall, through the Creart – Center for Creation, Art and Tradition, hosts in the Teatrelli Hall on Alexandru Lahovari Square no. 7, “The Piano Traveler”, as part of an Extraordinary Tournament at national level. The event will take place on Friday, May 4, at 19:00.

Pianist Horia Mihail goes on the road from 9 April to 8 May, with 18 recitals in 17 cities in the country. Piano Traveler is at its eighth edition and marks 100 years since the Great Union of Alba Iulia, with which Horia Mihail has prepared a series of famous songs signed by Mozart, Beethoven, Schumann and George Enescu.

In 1846, the prolific composer and pianist Franz Liszt crossed Muntenia, Moldova and Transylvania, the future Romania today, along with his piano. His concerts were then held in front of communities where such events were extremely rare and were enthusiastically received by the audience. Liszt’s arrival in cities such as Timisoara, Arad, Cluj, Iasi or Bucharest was an event in itself.

Since 2011, Horia Mihail has visited dozens of cities in the country, accompanied by the traveling piano or singing on the pianos of the cities he has arrived in. Currently, the traveling pianos are entrusted to the communities in Tulcea, Caracal, Deva, Alba Iulia and Roman, but their journey has been longer, passing through many cities, sometimes without stopping for more than one night. The concept is inspired by a story found in books on music history.

The Piano Traveler’s story arrived in 2018, the Centenary of Romania, and will be presented as “Best of”, a tour in which Horia Mihail and his friend, The Piano Traveler, invites us to listen to or re-listen to the famous Sonata “Alla Turca “by Mozart, included in the 100% Mozart tour of 2014, or the famous” Sonata of the Moon “by Beethoven in the 2013 tour – and a work he did not present in this context, Schumann’s” Kinderszenen “. Finally, the surprise comes with “Rapsodia Română nr.1”, in George Enescu’s piano transcription.