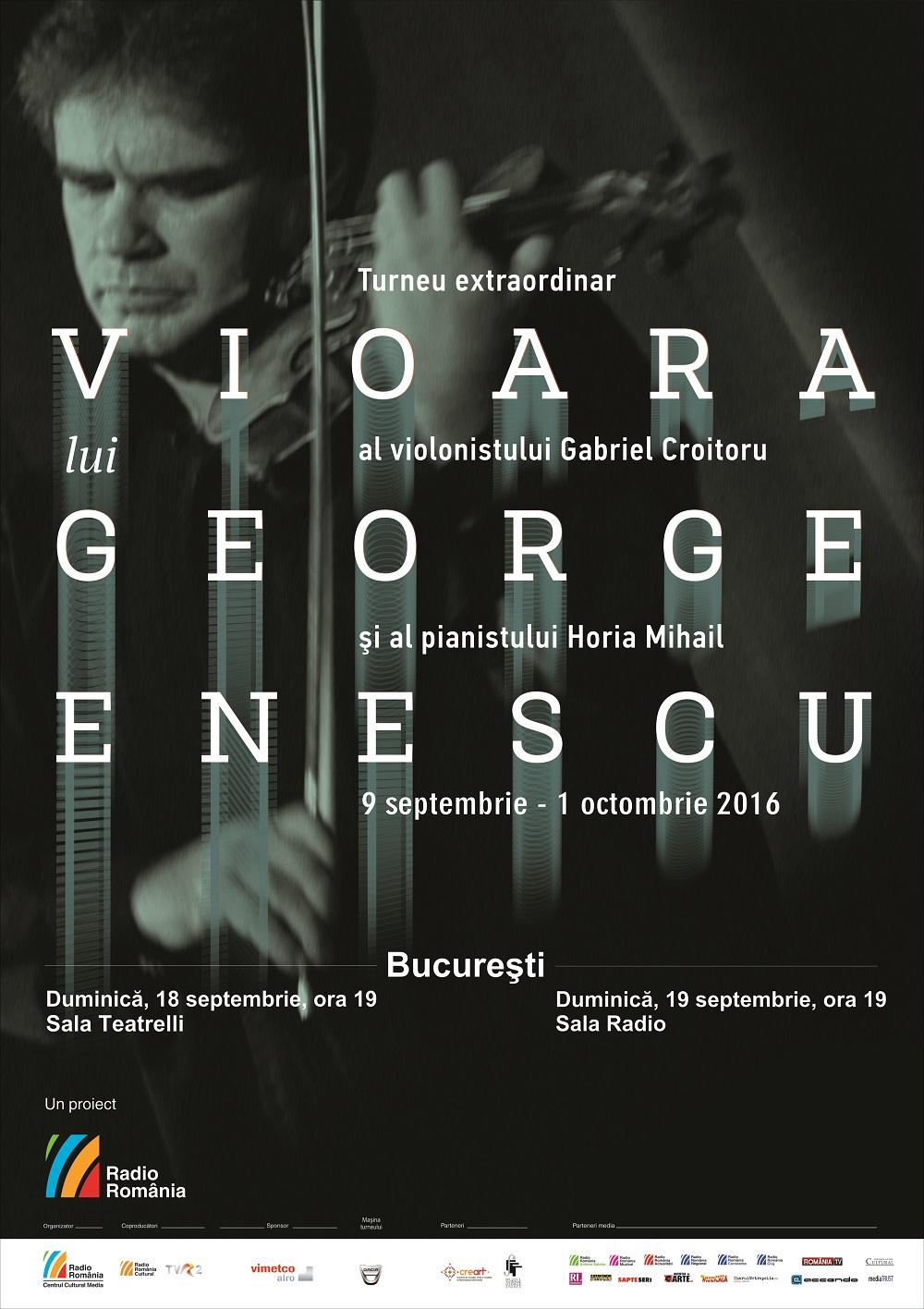 During the summer of 1914, George Enescu performed a series of benefit concerts. Once Romania entered the war, Enescu went on with his beautiful artistic act, presenting us numerous recitals, concerts and shows in hospitals, schools and barracks. One century has passed since then and two Romanian musicians famous in Europe, Gabriel Croitoru and Horia Mihail found out the power to carry on with their classical music across the Romanian villages after they had experienced playing on the greater stages of the world, in large cities like Bucharest, at Radio Hall or the Romanian Atheneum. George Enescu’s violin in villages represents a musical tour presented since 2012 by Radio Romania and the Accendo Cultural Association. An original project which brings us a unique example of artistic generosity in front of the audience: Gabriel Croitoru and the legendary Guarneri del Gesù violin belonging to George Enescu (a musical instrument held in custody and provided by the National Museum George Enescu) are crossing over the country, alongside the piano player Horia Mihail in order to bring music closer to the communities of the rural space. A spectacular journey with each edition, a cultural and musical dialogue beyond prejudices and false barriers, a wonderful gesture of unconditioned honesty towards the artistic act.