Film Garden – Cinema & More located in the courtyard of Alexandru Lahovari Square no. 7, reopens for the fourth consecutive year, inaugurated on June 4th the exit season in one of the most appreciated summer cultural venues in the center of the capital! Acoustic Concerts This season, the Film Garden continues the series of acoustic concerts supported by the most beloved bands in the Bucharest musical landscape. On June 4th we will see Live Vine, followed by an unprecedented Urban Acoustic concert, supported by Alexandra Uşurelu on June 9, and the second part of the month brings Grimus – June 16, The Mono Jacks – June 23 and Eyedrops – June 30. The novelty of this year’s artistic program is represented by New Band in Town, an evening dedicated to the recently released troupes in the music world, which aims to encourage Romanian artists, giving them the opportunity to hold a concert in the Cinema & More Film Garden. The evening of the Romanian film Every month, the filmmakers are expected to discover the Romanian films in a special weekly session. 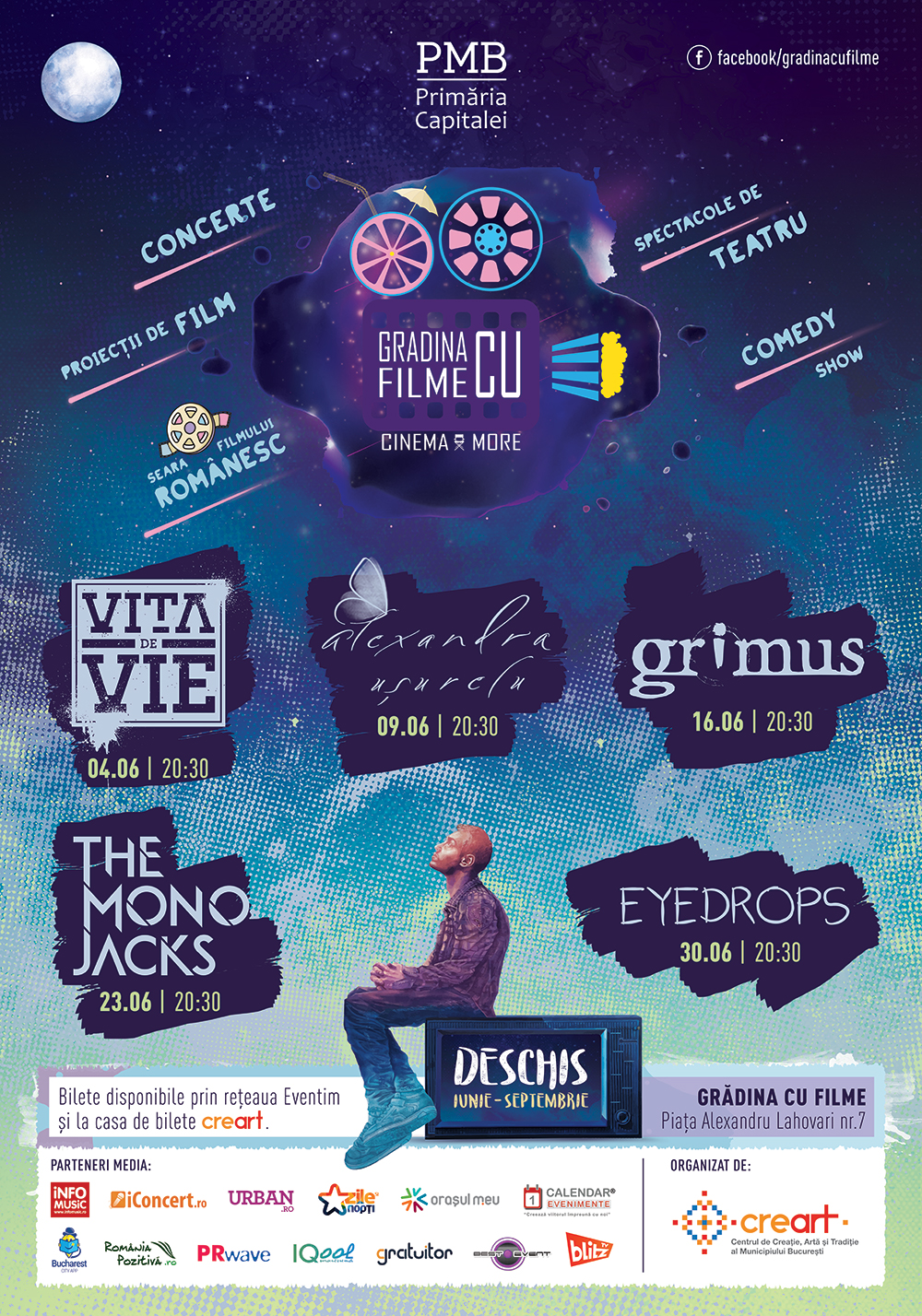 « Natura Fest returns on the 26th – 28th May weekend in Izvor Park!
Calea Victoriei becomes pedestrian on June 3 and 4 »