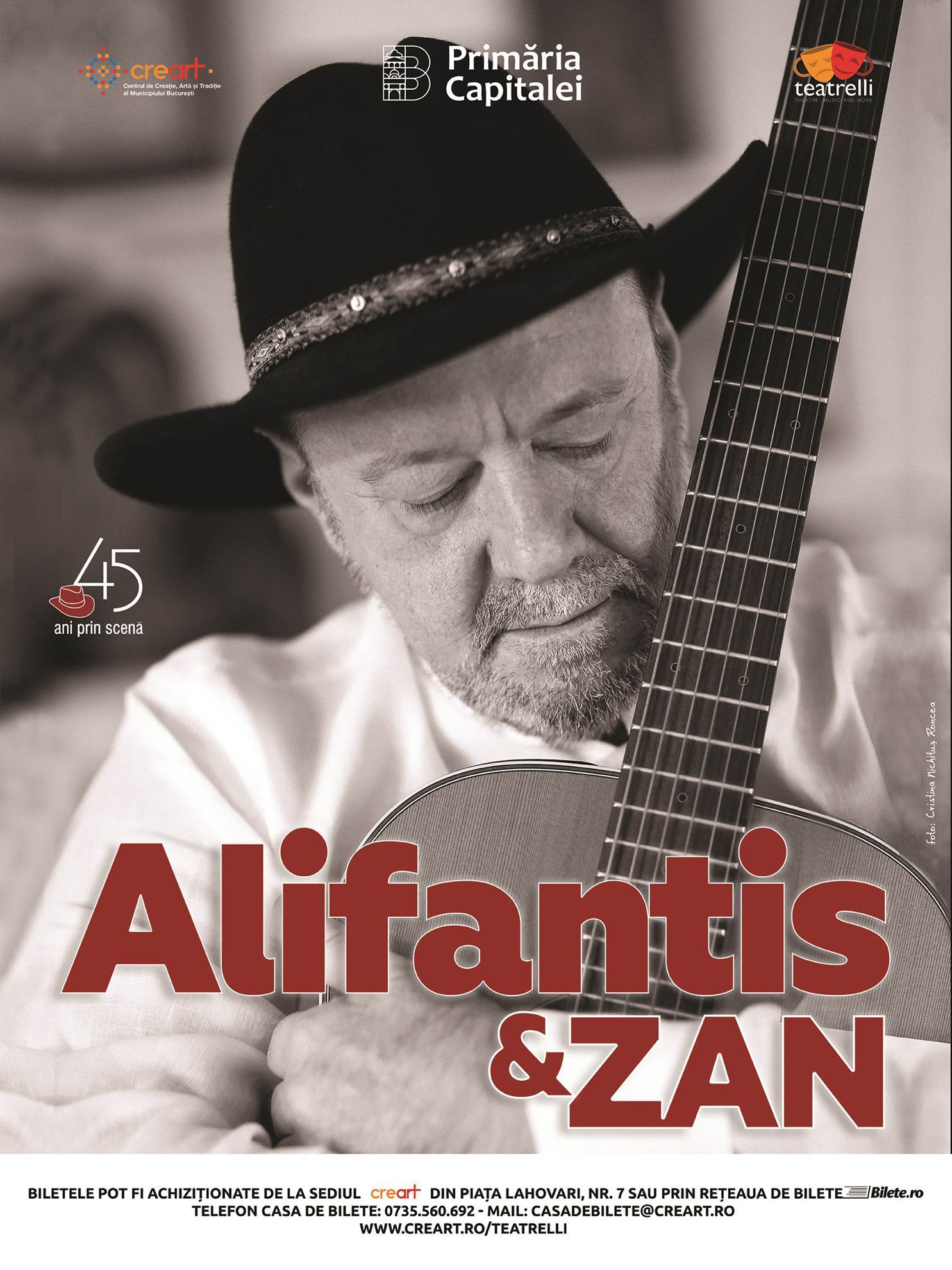 ZAN „… one of the greatest masks of Commedia dell’Arte, the one which brings new spirit to a comedy, socially representing the revenge of a new class – the lower-class of boroughs and villages…”

Established by Nicu Alifantis in 1995 as a studio band recording the album called „Voiaj”, it has become a project band since 1996, after the launching of the album „Nichita”. Their first stage appearance took place on July 1996 at Sighisoara Medieval Arts and Crafts Festival, where they performed a recital called „Chanson pour mon amour”. This festival contributed to the creation of a new band name: ZAN.

A band formed by valuable musicians originating from different musical worlds (jazz, pop, rock), each one with a strong artistic personality, Alifantis & Zan has reached a profound artistic affinity, finding its own musical way.