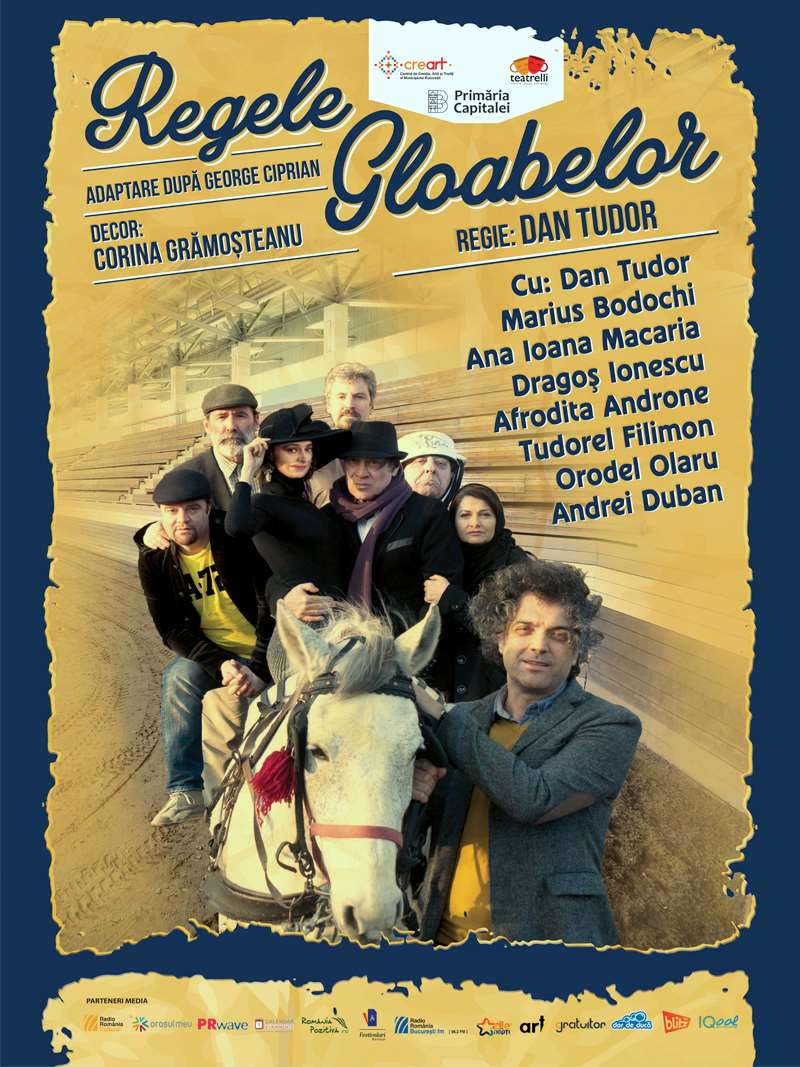 The story of the play is both simple and funny. Chirica, an archivist, played by Dan Tudor, becomes addicted to horse races. This strong passion of his makes him buy an old crock, then loosing not only all of his money while betting, but also the trust of his own wife (Ana Ioana Macaria). She leaves him for a former friend, Nichita (Marisu Bodochi). In addition, he loses the confidence of all the people who may influence his life one way or the other: the school’s director (Tudorel Filimon), the owner of the horse (Andrei Duban) and the general inspector (Orodel Olaru).

The only people who are going to stand by his side are Varlam, his most devoted friend (Dragos Ionescu) and Fira, the maid (Afrodita Androne).

Fascinating actors, multiple absurd comic situations created by the author George Ciprian, alongside a refined way of directing the play convert the “King of the Crocks” into a charming show and… a wonderful reason for everyone to come to theatre!