“The Comedy Philharmonic” by Radu Gabriel 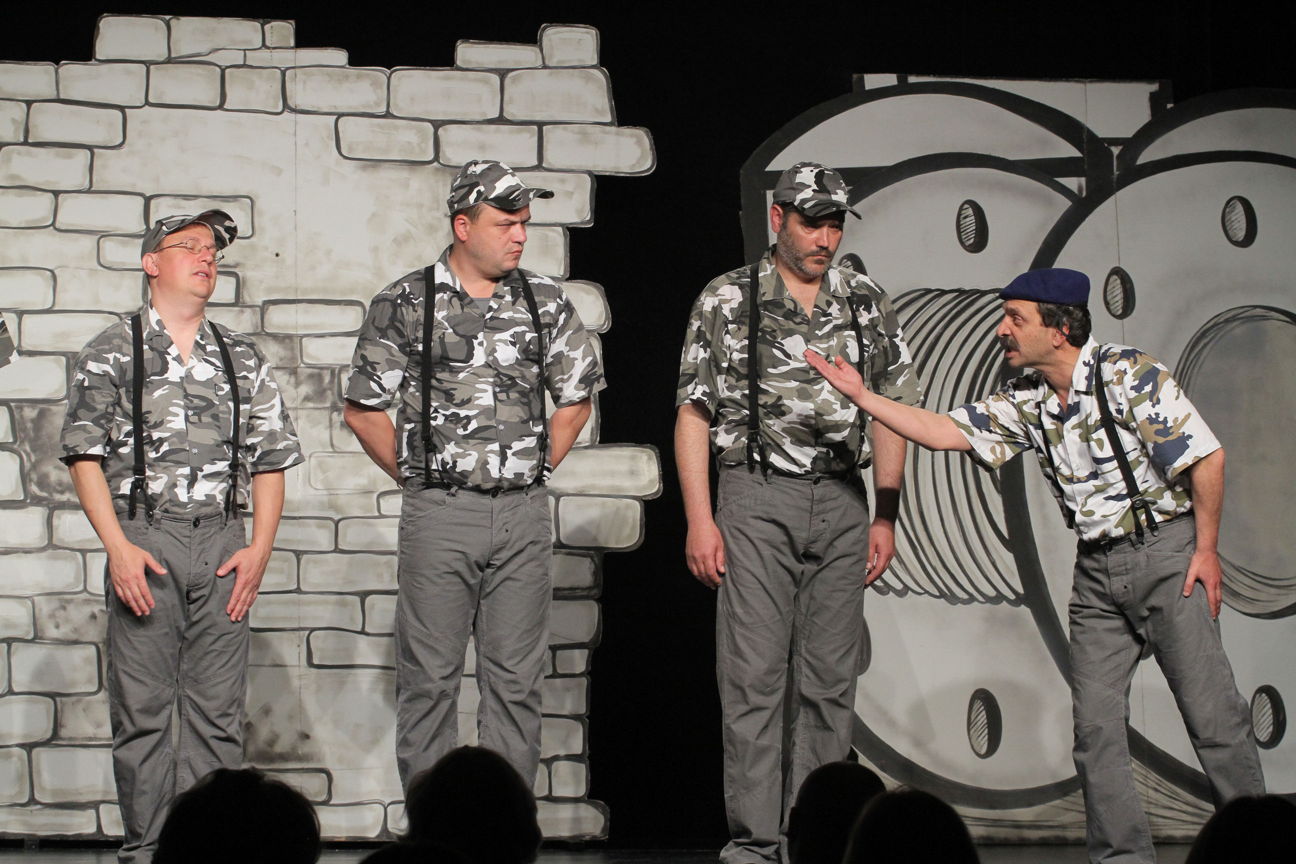 The author of the show, Mr. Radu Gabriel, told us a few words about this project: ”I have written more than 400 TV sketches, vignettes or satirical takes over time. Some of them have remained in the memory of our viewers, others have been posted on You Tube…. Most of them have been forgotten. But no matter their fate, as television products, they have never been tested in front of an audience. So I created this cocktail-show in order to be seen again on stage and we also gave the opportunity to a younger audience to meet with short comedies, with and about Romanians.”

The quarrel between the inhabitants of a block, the paper millionaire who buys a philharmonic, the provincialist who tries to make his way in Bucharest, workers with metaphysical problems…. A satire of a motley world, describing the grumps, the ingenuity and abisal thinking of the eternal inhabitant of the Carpathian- Danubian-Pontic space.