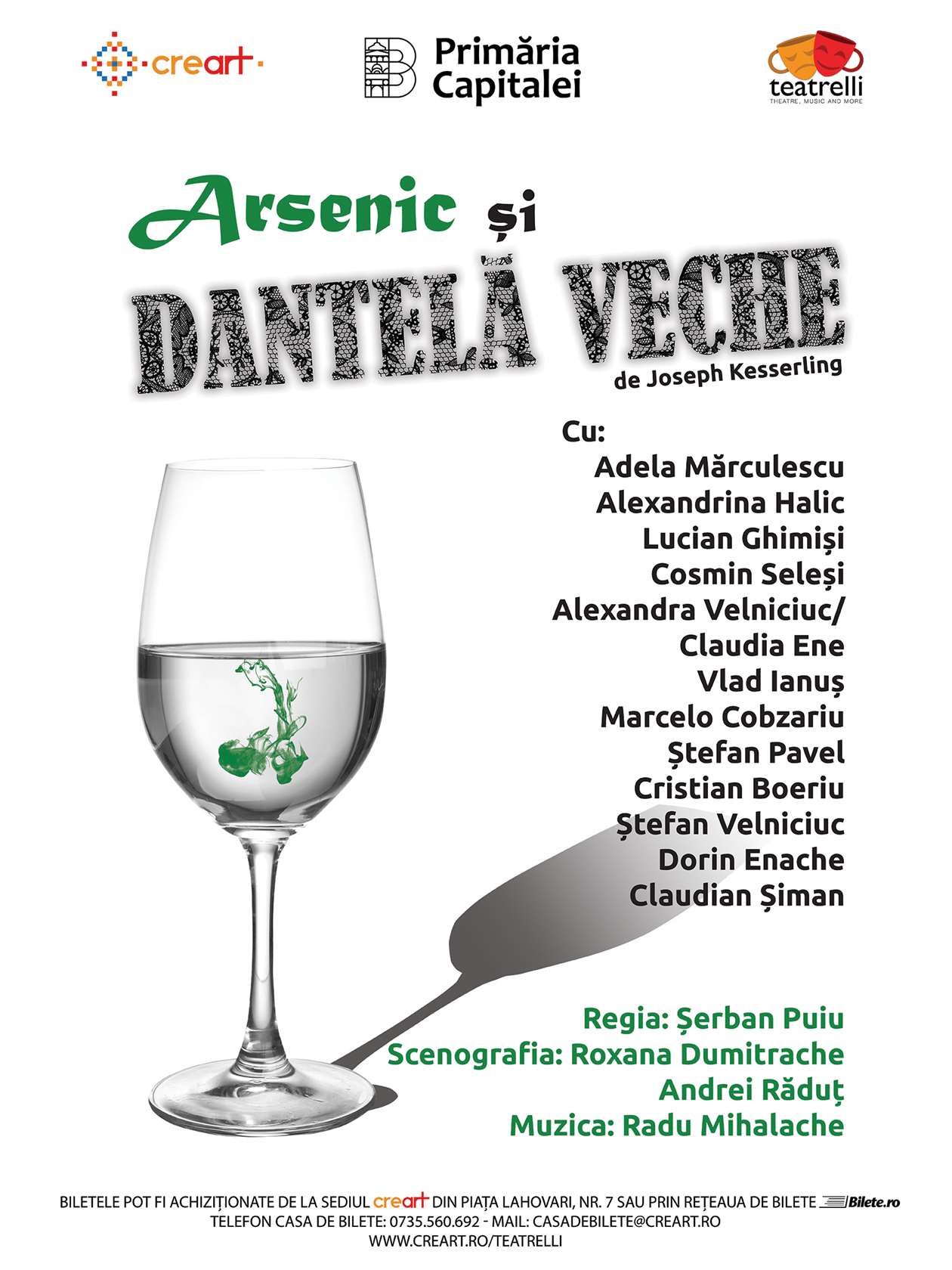 “Arsenic and Old Lace” is a famous police comedy, written in 1939 by Joseph Kesselring, played with great success on Broadway, with over 1,400 performances. It is considered to be the most successful piece written by the American author, and “one of the best Broadway comedies so amusing that it has become unforgettable,” according to weather reviews.

Starting from absolutely fabulous premise, presented with great candor and infinite serenity by the main characters, two sympathetic and harmless old ladies, the story grows with an exciting suspense and unusual overturns that complicate the action of the play to dementia, to the excitement of the audience, thus giving the opportunity to some splendid acting recitals.

The action takes place in a respectable and quiet house in Brooklin, where Mortimer, the nephew of the two old ladies, comes to announce her engagement with Elaine, a pretty girl from her neighbors. But with two eccentric aries, a slightly troubled brother and another killer, Mortimer begins to realize that his family is even more crazy than he thought.

Tickets can be purchased through the Eventim network and the Teatrelli ticket office at Alexandru Lahovari Square, no. 7.