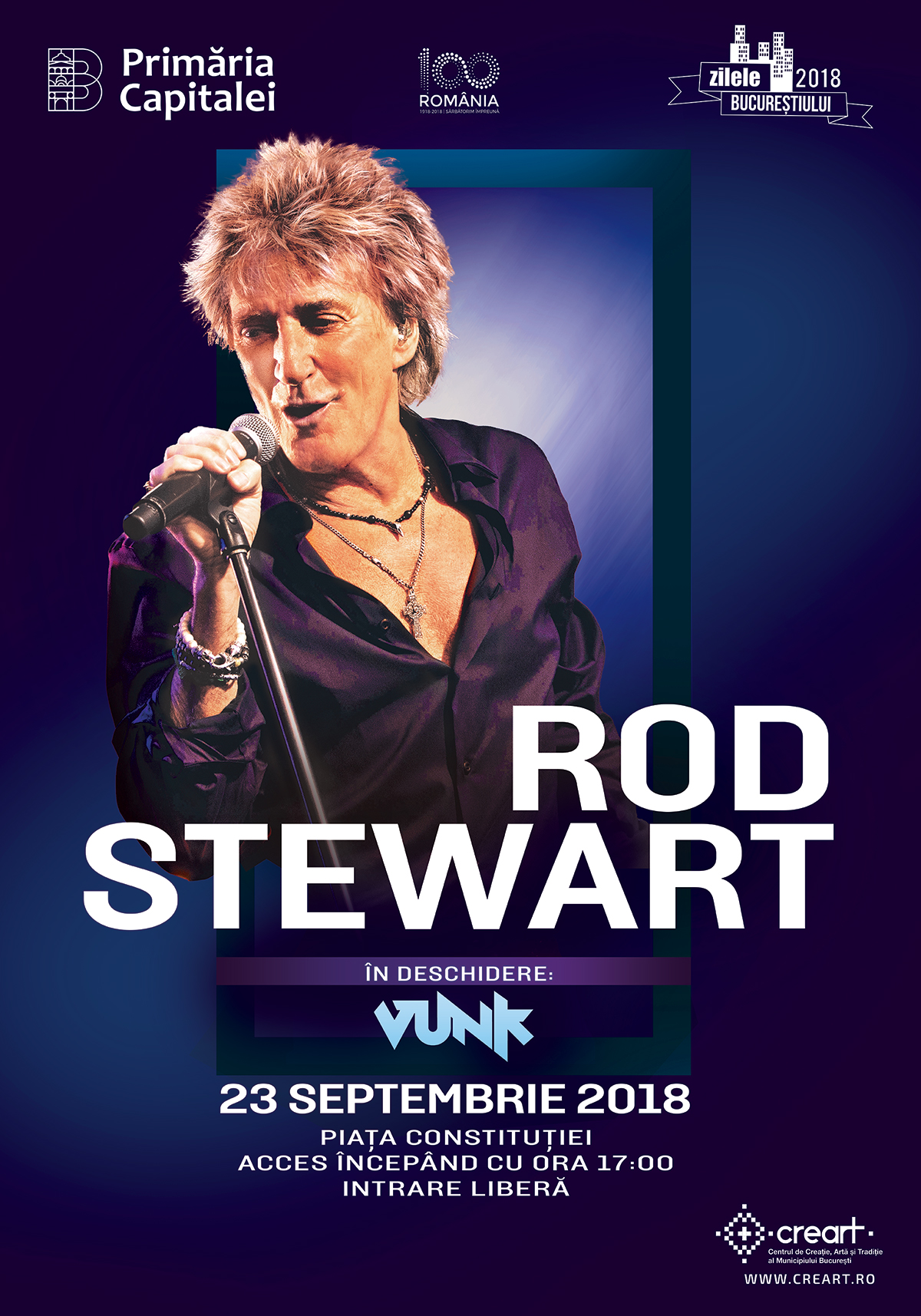 On 23rd of September 2018, Bucharest City Hall invites everyone living or staying in the capital of Romania to attend the live concert of one of the greatest artists of all time, ROD STEWART!

During his 50-plus year career, he’s amassed sales of more than 200 million albums and singles and won himself legions of life long fans worldwide. In 2016 he was knighted by HRM Queen Elizabeth II for his services to music and charity.

After 23 long years, ROD STEWART will perform again in Romania, in Constituției Square from Bucharest, in a concert that will conclude the three-day events dedicated to the celebration of 559 years since Bucharest’s first documentary attestation and the Great Union Centenary.

In the opening of the long-awaited concert will perform VUNK – one of the most appreciated pop-rock bands from Romania, renowned for their unique sound, story-telling and energy.

The entry is free and the access starts with 5 PM.

« iMapp Bucharest 2018
A Cultural Marathon during Bucharest Days, in Constituției Square from Bucharest! »