On the National Day of Culture, January 15, 2018, from 18:00, at the Teatrelli Hall in Lahovari Square no. 7, the City Hall of Bucharest, through the Creart – The Center for Creativity, Art and Tradition of Bucharest, invites you to a cultural debate, having as its starting point the influence that Romanian culture representatives have had on cultural trends that have marked Europe over time.

Furthermore, the discussions will also focus on the way in which the Romanian cultural scene is at this moment, compared to the international cultural scene.

The evening will end with a jazz recital by Irina Sârbu Band, in an original interpretation. 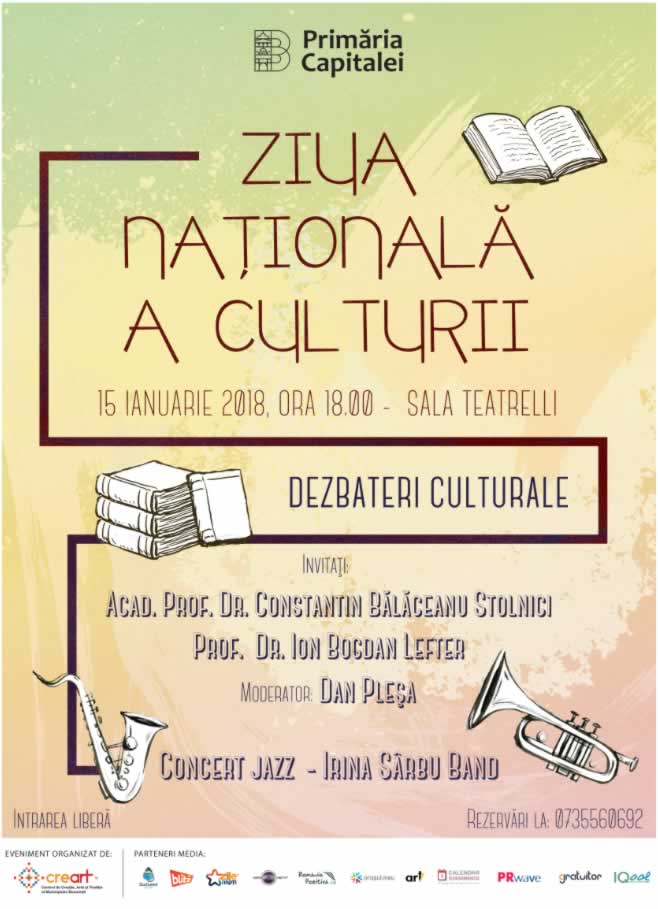