Why imagine new constellations? People have always been fascinated by the enchanting chaos of the starry sky and have tried to introduce meaning, an order that can be called and recognized to bring this enigmatic universe closer together.

Each culture has created its own set of constellations based on its own mythology. These stellar figures, contoured, imagined from the very beginning a relationship with human fate, especially the zodiac constellations. We believe there is still an attraction for astrological interpretations, however scientific became the knowledge of our world.

Why can not we then draw other constellations expressing our desires and hopes? A symbolic gesture of plotting your own destiny reflected in the stars.

The map of the sky has long been shaped, defined and redefined as our knowledge has expanded. This mapping has its own history, with 88 constellations now recognized by the International Astronomical Union. We do not propose a telescopic rendering of the starry sky, but a random configuration of “stars” that can be united in the imagination of each individual in the desire to describe or rewrite their own destiny.

Mădălina Teler is a ceramist designer and since the beginning of 2013 she has launched her own Ceramic Studio. Her passion for porcelain shapes is still evident from the “Nicolae Tonitza” High School of Fine Arts in Bucharest, where she graduated from ceramic specialization. He attended the Faculty of Decorative Arts and Design (Bucharest University of Arts) – the ceramic section, and the master, also at UnArte, turned to interior design. One year of his faculty he spent at the Sorbonne University in Paris.

Alina Turdean is an interior architect with an inclination in object design. She won the 1st prize at the avant-garde furniture contest 2012. She uses traditional Romanian motifs and simple or organic geometric trapping in different types of metal. One year of his faculty he spent in Rome, at La Sapienza University, at the Valle Giulia Architecture Faculties and Ludovico Quaroni. 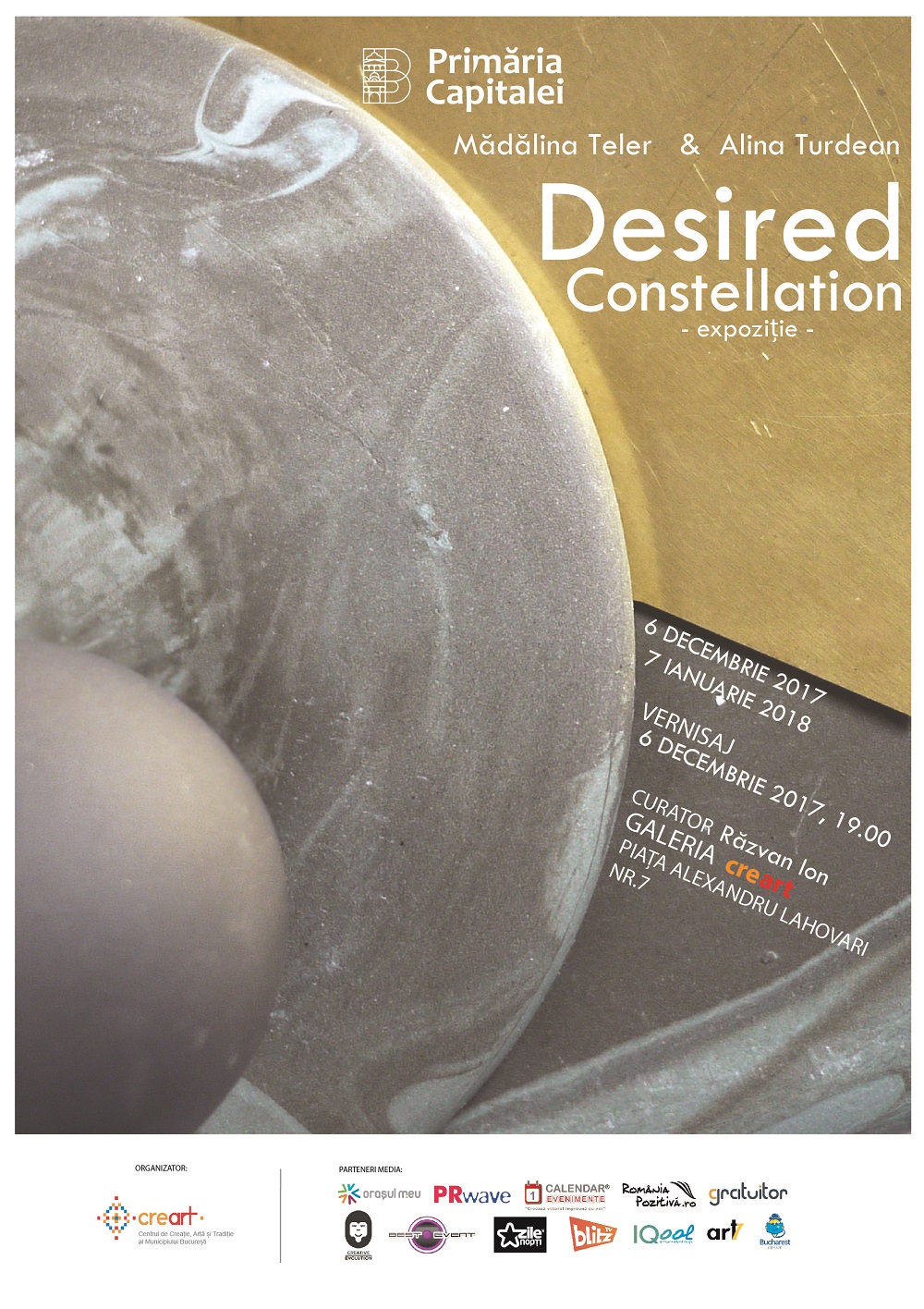