The year of EU-China tourism, celebrated on March 2 in the capital!

The City Hall of Bucharest, through the Creart – The Center for Creation, Art and Tradition of the Municipality of Bucharest, in partnership with the Ministry of Tourism, organizes the Light Bridge Romania – China / Light Bridge Romania – China event on March 2, 2018, on 2018 as the EU-China Tourism Year. The event will consist of a thematic video projection on the facade of the National Theater “I.L. Caragiale “in Bucharest. The building was chosen in view of the major contribution that TNB has had over the years in the development of Romanian culture, while taking into account the fact that cultural exchanges between Romania and China have been particularly active in the area of ​​theatrical art.

The video projection will bring to the attention of the public, starting at 20:00, a Romanian-Chinese artistic tandem, through two works of 60 seconds, made by teams that were awarded at the iMapp Bucharest Festival, one of the biggest festivals video mapping in the world (organized annually by the City Hall through the creart), and China’s Gong Zhen (from Skgmedia), winner of the iMapp Bucharest 2017 Jury Prize and Mindscape Romania winning the iMapp Bucharest 2015 Public Prize. between 20:00 and 23:00. 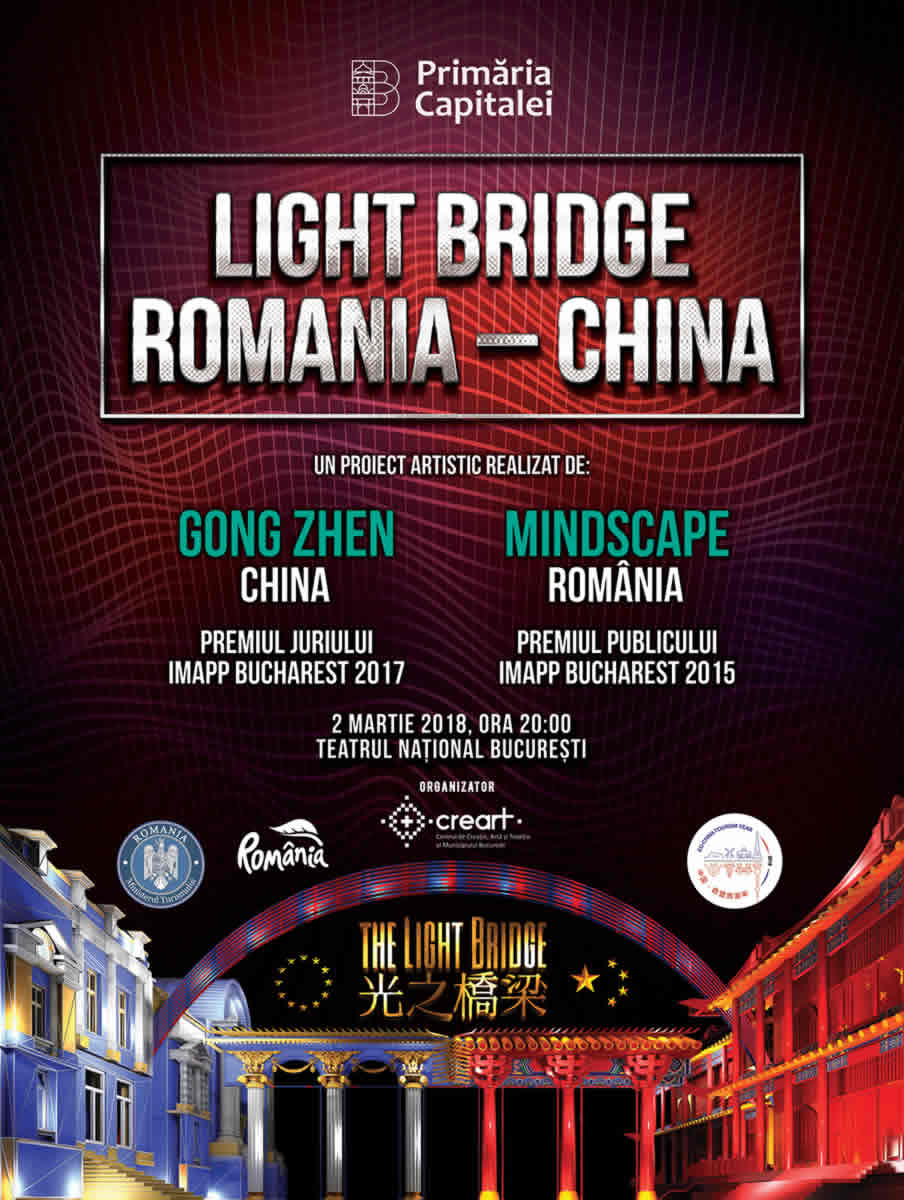