iMapp Bucharest converts our city into a Capital of Audio&Visual Arts! 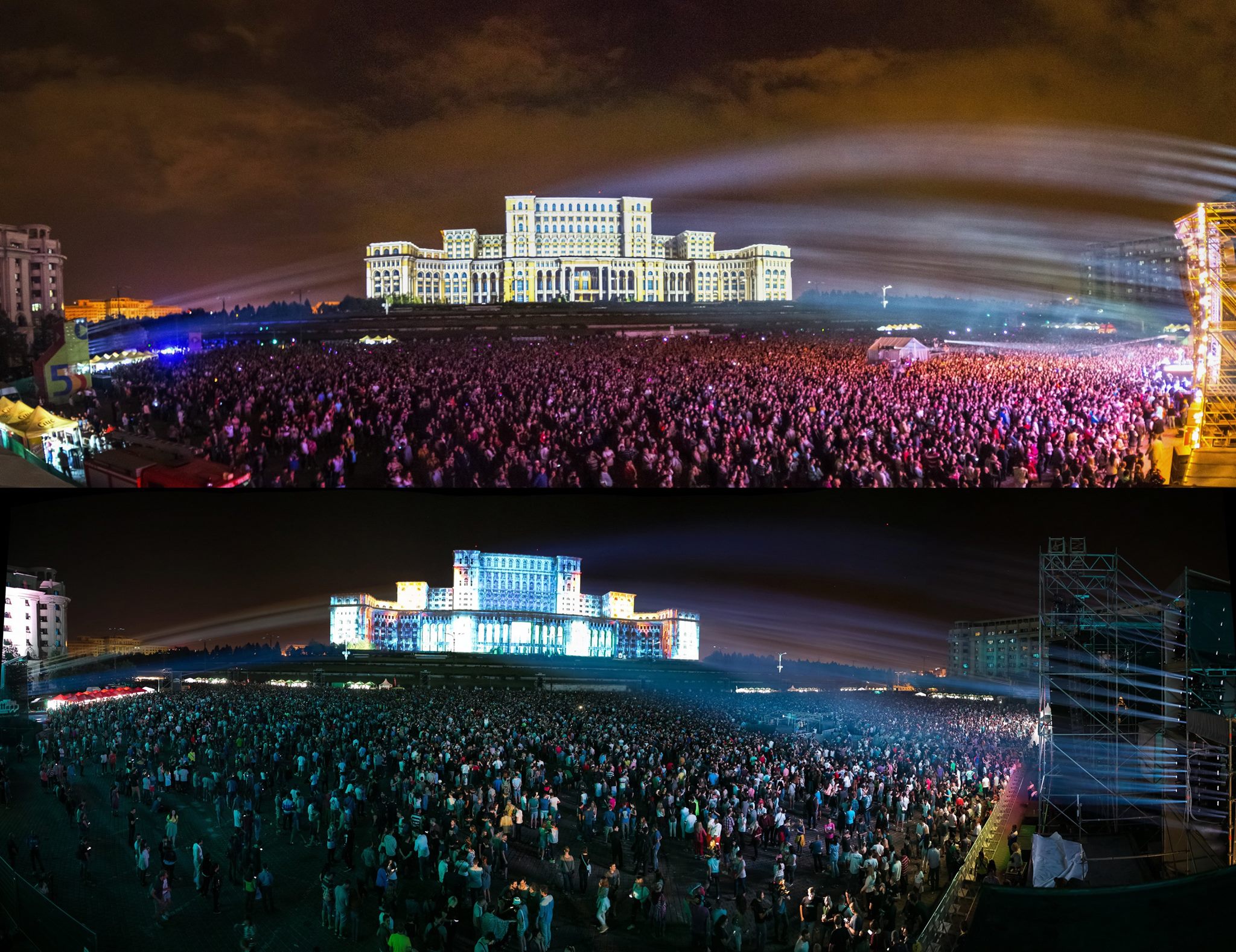 iMapp Bucharest, the biggest international video-mapping event, organised by Bucharest City Hall in partnership with  creart – The Centre for Creation, Art and Tradition, will take place on Saturday, 24th of September, starting at 7pm, at Constitution Square.
“I would like to invite all citizens of Bucharest, and not only them, at Constitution Square, on 24th of September, where they can take part in the most impressive multimedia and 3d video mapping show in the world! Once again, the Capital of Romania will become the central point of interest on the map of international cultural events this year, alongside other cities like Geneva, Moscow or Berlin”, declared the General Mayor of Bucharest,Gabriela Firea.
104 projectors will be used for iMapp Bucharest, helping to transpose the works of the most creative international video artists on about 220.000 square metres of projection surface.
Starting at 10.30pm, the finalist teams from Spain, Romania, Hungary, Russia, Montenegro and Turkey will show us pictures loaded with profound significance, initiating a fascinating conversation between artists and spectators. Each video projection lasts 4 minutes and 30 seconds,with a mind-blowing 8k resolution in order to materialise the forms of dialogue into particular graphics.
« iMapp Bucharest transformă orașul în capitala artelor audio vizuale!
Târgul Bucureștilor în acest weekend! »