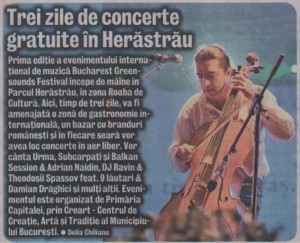 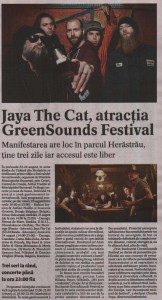 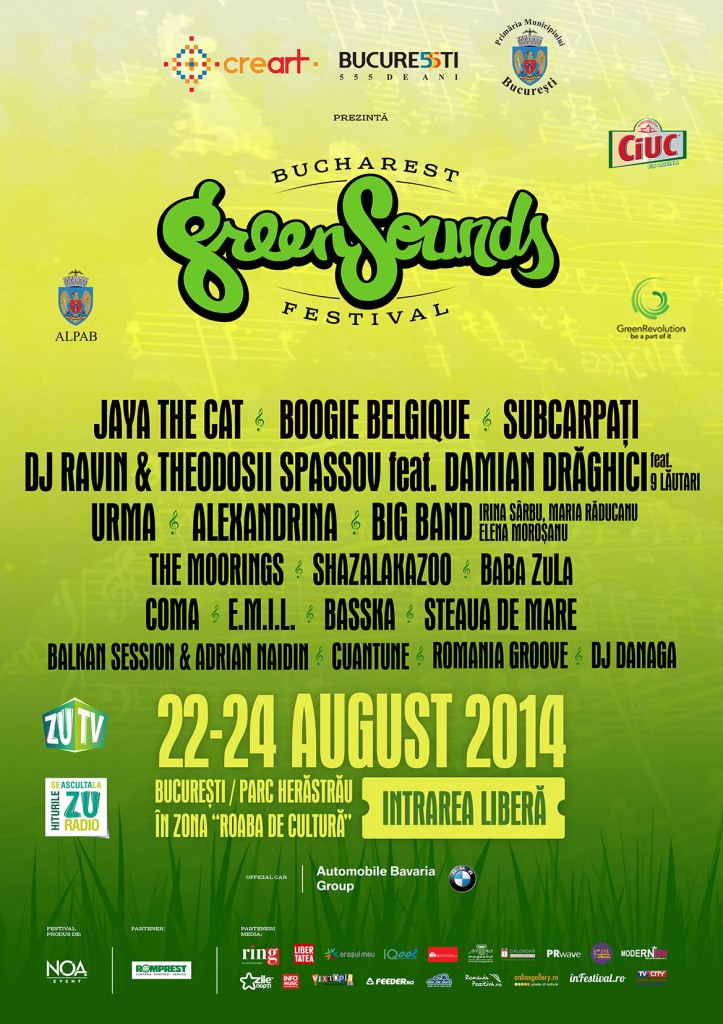 
The first edition of the International Music Festival BUCHAREST GreenSounds FESTIVAL brings important artists on the same stage, between 22th and 24th of August, such as Jaya the Cat, Subcarpați, Boogie Belgique, Alexandrina, URMA, DJ Ravin & Theodosii Spassov, COMA, BaBa ZuLa, Maria Răducanua and many, many more within a special event organised by the Municipality of Bucharest in Herastru Park and creart – Centre for Creation, Art and Tradition, Municipality of Bucharest

The Festival will include the Book Cart zone, and the admission is free during the whole period.

This events would like to offer a complex experience to our public by joining together musical performances, recreationala ctivities and a diversified culinary space.

BUCHAREST GreenSounds FESTIVAL is part of the events dedicated to the celebration of 555 years since Bucharest was first attested in history. The project implies the celebration of Bucharest through a flagship festival, in accordance with the distinctive features of our city: dynamic, colourful, heterogeneous and last but not least, full of life.

For more details of this event, see Facebook page.