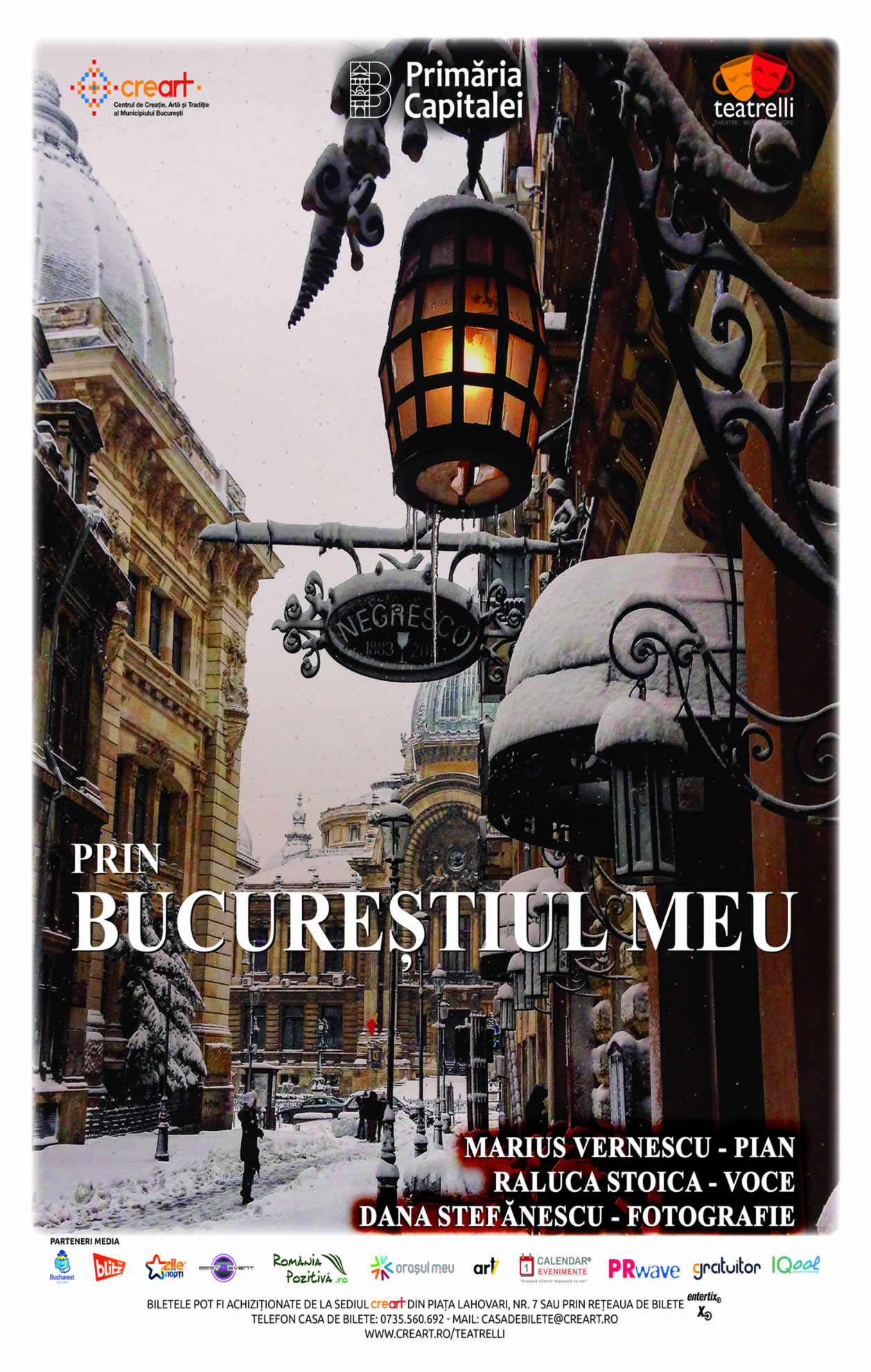 A show full of energy and passion, in which the melody of the piano and the vocal harmonies bring the perfume of Bucharest music to the audience’s soul through the spectacular photographs that will illustrate in this original artistic moment in an original manner.

Raluca Stoica acts as a jazz and musical theater performer. He studied jazz with Mircea Tiberian, with whom he made his debut in this genre in 2005. His experience includes concerts and jazz festivals (“Jazz and More” Festival – Sibiu, 2006, “Days of Bistrita – 2007”, Youth Festival and “Music”, 2007, “Book and Arts” – 2008, “Vocal Jazz Gala 2008”, “Samfest Jazz International 2012”, “Ferentari Jazz Festival 2016”, “Yakasha International Festival 2017” such as Mircea Tiberian, Anca Parghel, Marius Vernescu, Wayne Brown (London, UK), Clay Windham (Texas, USA), Todor Bakardjev (Bulgaria). In 2008 and 2011 he is the singer of the European tour “PROMS Jazz & Classic” from Europe, Romania, Bulgaria, Greece, Hungary, Italy, Moldova and Germany. In 2008 she is invited to sing alongside the German Federal Youth Jazz Orchestra, “Bujazzo”.

“I like to think my pictures are an ambassador to the city we live in.

I wish to make Bucharest known. It’s beautiful, but the world does not see it like that. Because we are caught in the heap of everyday activities and we do not worry about what is beautiful and we do not let the beauty around us reach us. With love we do wonderful things! “