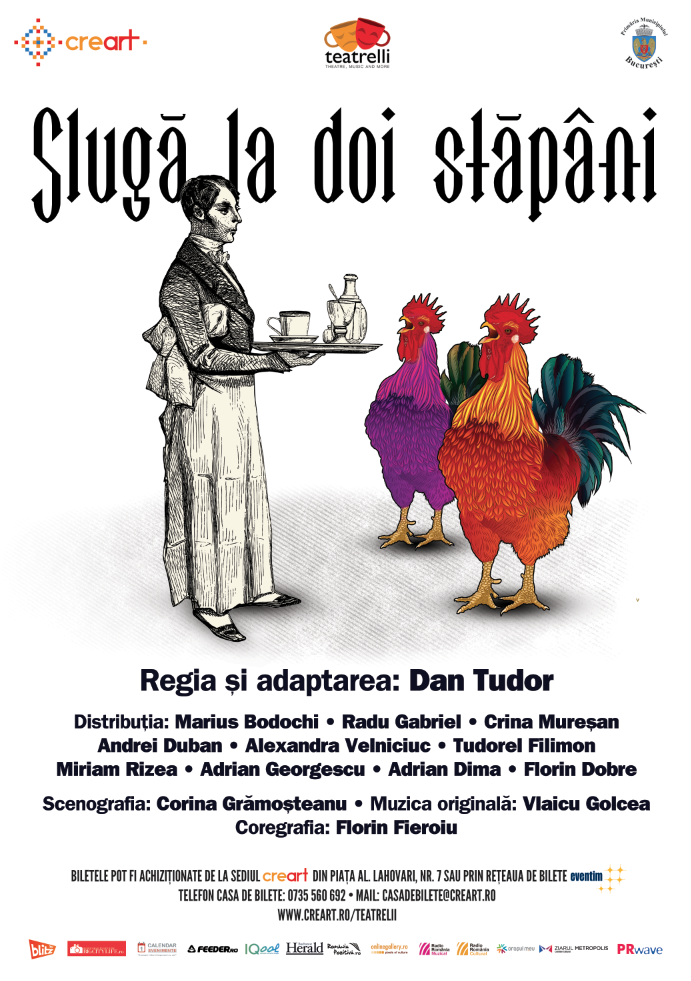 Directed and adapted by: Dan Tudor

The notorious masterpiece of the universal comic theatre, „Servant of Two Masters”, is subjected to a surprising refurbish. In an almost cinematic mounting, Truffaldino, the Goldonian servant, becomes – in the director’s vision – an animated doll marching among perils, from a master to another, carried on by a destiny.