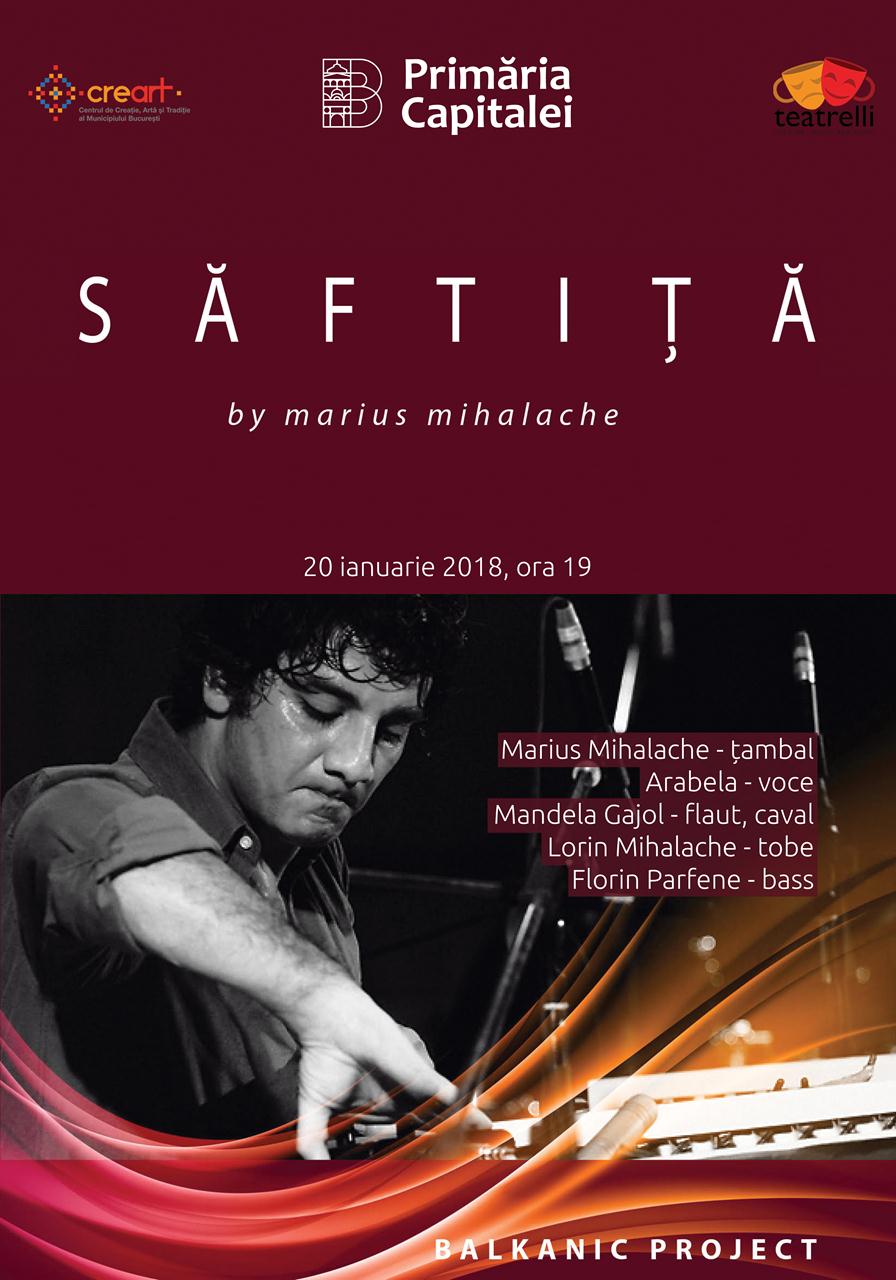 Marius Mihalache, an exceptional artist of the country, began to sing at the age of 6, and at the age of 17 he played on the scene of the SCALA opera in Milan famous parts composed by Rahmaninov, Chopin, Schuman, Schubert or Mozart. One of the most important moments in his career was the encounter with Chick Corea, alongside which he performed a series of concerts. He is recording with Gloria Gaynor, Nina Simone and other musicians, known worldwide. He is the musician who has been able to convey to his mother the valences, subtleties and incredible resonances, rivaling with the sounds of the classical music.

The title of the concert is inspired by the Romanian folklore brought to the Balkan rhythms.
It is a mix of psychedelic synthesizers over a tambal, caval and flute, and other classical instruments from the Romanian folklore.
The Romanian traditional music combined with modern sounds makes the message and essence of our folklore transposed in a universal language
In the old courtyard of the old courtyard, Saftita walks barefoot on the streets full of music and love, singing about the beautiful life of the times, about the Phanariot souls and the primitive Balkan dances.