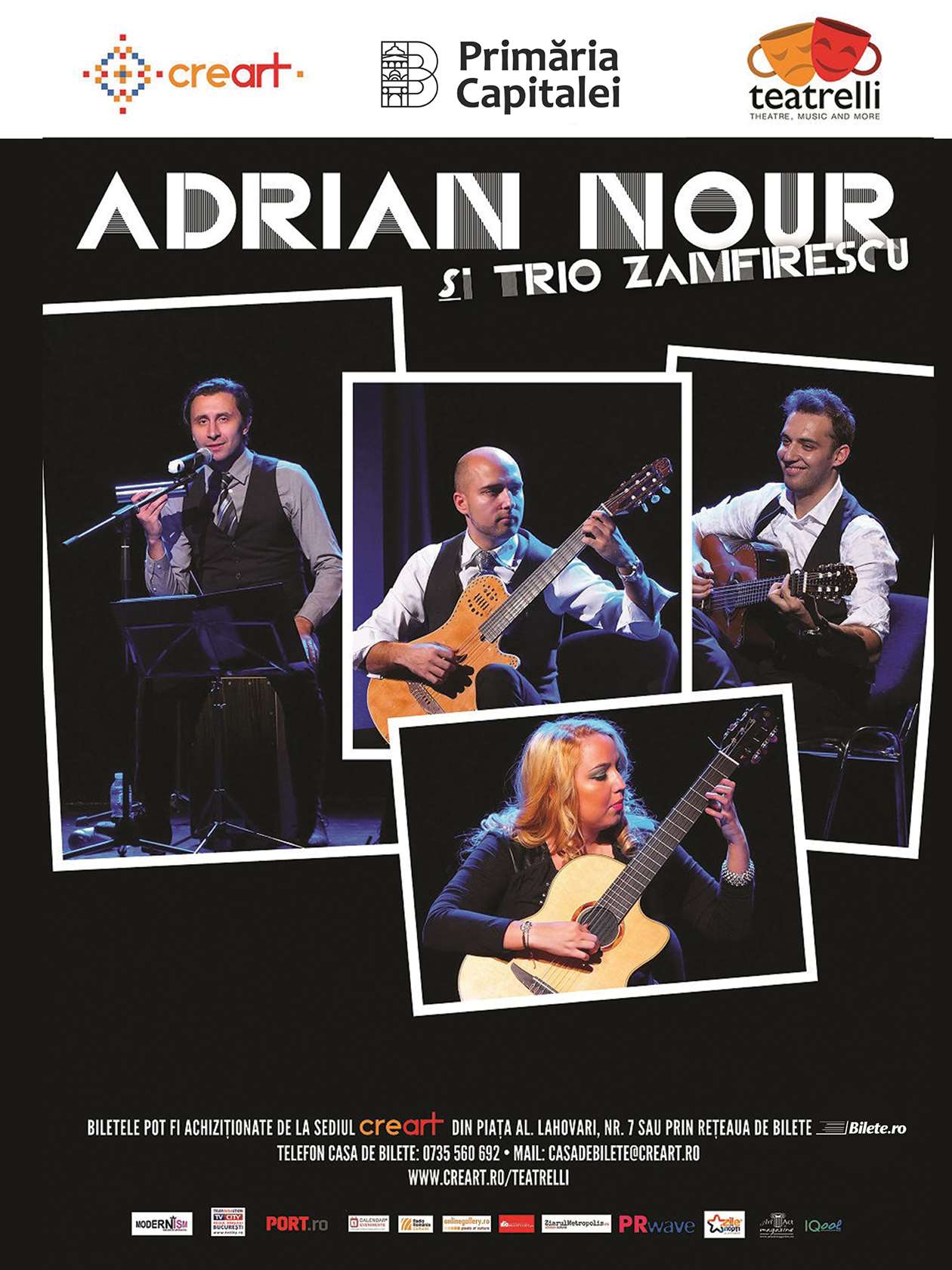 Adrian Nour is an actor passionate about music, dance and pantomime, a member of the theatre companies led by Dan Puric and Gigi Caciuleanu, also collaborating with a series of theatres from Bucharest. He starts singing during college, alongside Puiu Cretu (”Cristal”), next leading a band from Galati ”Avantgarde” with whom he launched the album called ”Don’t give up!”. In 2013 he takes part in the musical contest “The Voice of Romania”, reaching up to final stage. Nowadays, he sings together with Trio Zamfirescu and the jazz band called “Cantaloop”. You may also admire him performing in musicals like “Romeo and Juliet” and “The Phantom of the Opera” at the National Theatre of Operetta “Ion Dacian”.

Brothers Georgeta, Ionuţ şi Stan Zamfirescu are unanimously recognized as the best guitar players of Romania, being rewarded with the first prize at all the national music competitions where they enjoyed a resounding success at European level. Trio Zamfirescu was borne out of the desire to render and convey that passionate feeling recaptured within the flamenco style, displaying a large range of artistic expressions, passing from meditative states towards intense passages of virtuosity.

Adrian Nour and Trio Zamfirescu met together at the final stage of the contest “Voice of Romania” for the first time where they performed a Portuguese fado called “Loucura”.

Consequently, their aim is to deliver us a refined, yet original artistical and musical treat.